Skip to content
According to foreign reports, according to statistics released by the Japan Ministry of Finance on fastener trade from January to November 2010, the export of Japanese fasteners is gradually picking up. Among them, the export volume of fasteners in November increased by 9.1% from the same period of 2009 to 26,392 tons, and the export value increased by 6.7% year-on-year to 20.136 billion yen. From January to November 2010, Japanâ€™s fastener exports totaled 293,445 tons, an increase of 42.6% year-on-year, and total exports were 232.08 billion yen, an increase of 36.0% year-on-year.

From the perspective of export countries and regions, Japanâ€™s export of fasteners in 2010 is still China, followed by the United States, which is basically the same as in 2009. However, fasteners exported to Thailand in 2010 soared rapidly and exceeded Europe, ranking third.

According to Japan's Ministry of Finance's trade statistics, the import and export volume of fasteners in Japan fell by 40% and 29.4% year-on-year in 2009, and they were 53.3 billion yen and 1.919 billion yen respectively.

Japan's fastener magazine "Fastening Journal," the female president of the House Hui said that in 2009 many Japanese fastener manufacturers sales fell by 50%, and even individual company sales fell by 90% straight line, the loss is very heavy. In the industrial market, construction fasteners have dropped by 60%.

â€œAt the beginning of 2010, Japanese fasteners began to show signs of recovery,â€ said Gui Hui, adding that in the first half of the year fastener sales in Japan had returned to 80% before the crisis. According to Japan's financial and trade statistics, Japanâ€™s fastener imports amounted to 5.4 billion yen in April 2010, an increase of 21.3% year-on-year. In May, exports were 18.8 billion yen, a year-on-year increase of 39.5%. The main importers and exporters are still China, the United States, and Thailand.

For oil exploitation, after the first stage production, the maintained oil is difficult to come out with traditional method. Using high pressure big flow rate nitrogen to push the oil field, is a good way to push out the oil. Oil feild nitrogen generator is suitable for wild application, all parts included in one cabinet. After connecting electricity, high pressure nitrogen is produced. 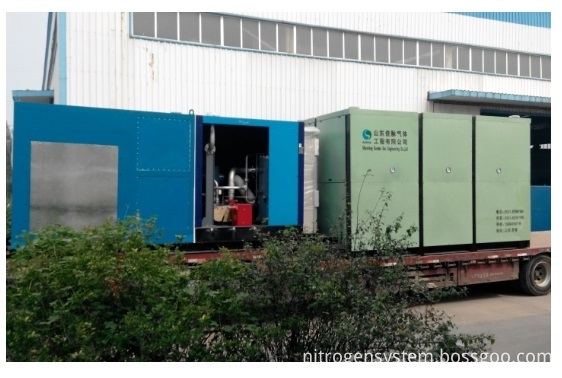