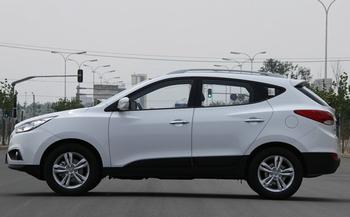 Under the background of slowing growth of the Chinese auto market, the continuously growing segment of SUVs has attracted particular attention. Data from the China Association of Automobile Manufacturers shows that in the first 10 months of this year, Chinaâ€™s auto production and sales were 15,700,100 units and 1,570,700 units respectively, which was an increase of 4.6% and 3.6% respectively from the same period of last year. Production growth rate was lower than the previous 9 months. 0.4%, sales growth rate increased 0.2% over the previous 9 months. Among them, the cumulative sales of passenger vehicles in the first 10 months totaled 12,571,100 units, a year-on-year increase of 6.90%. The data shows that in the passenger car market, the fastest-growing sports multi-purpose passenger vehicle (SUV) market has accumulated sales of 1,601,100 units, an increase of 27.3% year-on-year.