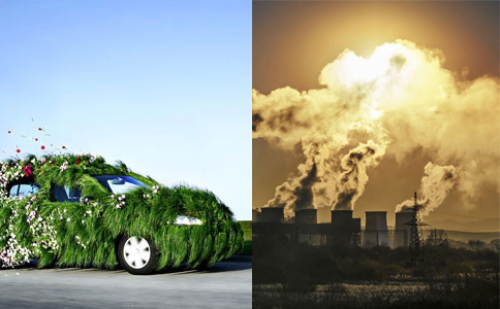 Experts from the National Bureau of Economic Research recently conducted a study to find out the actual cost of driving an electric car. As a result, they carefully compared the cost and pollution data of electric vehicles and traditional fuel vehicles from production to use. Through massive data analysis, including fuel efficiency, pollution proliferation and health, and comprehensive damage to the environment, economists have found out whether driving an electric car is environmentally friendly, mainly depending on where you live and what the local electricity source is.

We all know that China's coal is very cheap. Basically, the main source of electricity is burning coal. Although electric vehicles do not emit exhaust gas, the use of electricity still causes large amounts of carbon emissions. In addition, batteries used in electric vehicles in China are not mature enough to produce a lot of chemical poisons, whether they are produced, used or discarded. This damage to the environment is irreversible. Previously, some experts had publicly stated that if China's current power generation method is used (based on coal), from the perspective of CO2 emission reduction, electric vehicles have little role in environmental protection.

However, on the other hand, electric vehicles also have the advantage that fuel vehicles do not have. Coal power generation itself is relatively concentrated. Through technological upgrading and other means, it is easy to solve the emission problem from the root. This must be a condition that fuel vehicles do not have. At the same time, with the support of related policies, more and more clean electricity, such as wind power, solar power, and nuclear power, are starting to replace traditional coal-fired power, which accounts for an increasing proportion. While greatly optimizing China's power structure, it will also significantly increase Reduce the emission of pollutants caused by coal power.

Of course, as our consumers, we can't really listen to manufacturers' environmental protection sales slogans from certain aspects and buy electric cars. We should rationally think about rational consumption.

Attention: Please provide your expected capacity, raw material parameter so that we can provide right solution as early as we can.