Tan Xuguang, chairman of Weichai Power, which is well-equipped with capital, is always on the lookout for prey.

However, a few months ago, the Shaanxi Provincial Government was still preparing for the overall listing of Shaanxi Automobile Group Co., Ltd. (the second largest shareholder of Shaanxi Heavy Gas, holding a 49% stake in Shaanxi Heavy Gas). Shaanxi Automobile Group even wanted to recover Weichai Power holds 51% stake in Shaanxi Heavy Duty Truck. However, it is difficult for prey to escape Tan Xuguang's "Five Fingers". While he is deeply adjusting Shah Heavy, at the same time, Weichai Power's full control of Shah Heavy is approaching.

But becoming a controlling shareholder is not the ultimate goal of Tan Xuguang. On April 7, 2010, Tan Xuguang announced a development strategy at the East-West China Cooperation and Investment and Trade Fair. In the next three to five years, Weichai Power will invest another 5 billion yuan in support of its Shaanxi enterprises. In Shaanxi, a heavy-duty truck manufacturing base with heavy-duty trucks for Shaanxi Auto is built, and a key auto parts manufacturing base with Fast Transmission as a leader.

Weichai Power entered the main engine in August 2005, and then invested RMB 416 million in development funds in 2007. However, this did not fully satisfy the development of Shaanxi Heavy Duty Trucks. With regard to the funding gap, Shaanxi Heavy Duty Truck Co., Ltd. wants to go further in the increasingly fierce competition in heavy-duty vehicles. It is extremely urgent to invest more funds as soon as possible.

Once Weichai Power wholly owns Shaanxi Heavy Gas, Weichai Power, with relatively strong financial strength, can more effectively put capital and resources into Shaanxi Heavy Gas, and Shaanxi Heavy Gas can also gain greater leadership under the leadership of a single shareholder. The development of space ended the situation in which the shareholders of both parties had to negotiate endlessly on issues such as the amount of investment. â€œAfter the decision between Weichai Power and CNHTC (on March 20, 2006, the Shandong State-owned Assets Supervision and Administration Commission promulgated a document to transfer the 100% shareholding of Weichai Plant originally held by China National Heavy Duty Truck to the direct ownership of Shandong Provincial SASAC, As a result, Weichai Power has completely separated from China National Heavy Duty Truck and it is actively planning to expand in the vehicle sector. The capital increase is the performance of its heavy-duty vehicle expansion field,â€ said Jia Xinguang, a well-known analyst in the automotive industry.

It is Tan Xuguangâ€™s main work focus in recent years to enter the heavy truck manufacturing field. Among these, in addition to a tough wrist, Tan Xuguang has also taken the â€œanti-independence movementâ€ idea to the extreme.

According to the goal of Weichai Power, Shaanxi Heavy Duty Truck will achieve 100,000 heavy truck production and sales in 2010, further narrowing the gap with China National Heavy Duty Truck's 140,000 target. Since 2011, Weichai Power hopes that Shaanxi Heavy Gas will achieve a full-scale overtaking of China National Heavy Duty Truck. â€œWe are facing more than competition from Weichai Power and competition in the entire industry... In 2010, we are expected to exceed 150,000 vehicles, and our strengths are expanding.â€ Guo Huanan, Director of Propaganda Department of Sinotruck, â€œChina Businessâ€ The reporter said.

â€œThe strategic cooperation between the two parties is a move that is in line with the market development trend. Foton Motor will effectively reduce costs by cooperating with Weichai Power and establish stronger competitiveness on the basis of collaborative use of resources.â€ Recently, Foton Motors Changsha Automobile Factory Vice Pan Linbo, director of the plant and marketing company manager, told the â€œChina Businessâ€ reporter that he did not believe that the radicalization of Weichai Power in the vehicle manufacturing field would have a negative impact on Foton.
View related topics: Weichai Power: Expanding Auto Parts Gold Industry Chain

our company can provide customers with a variety of shapes of product research and development, design, customization, and different material products 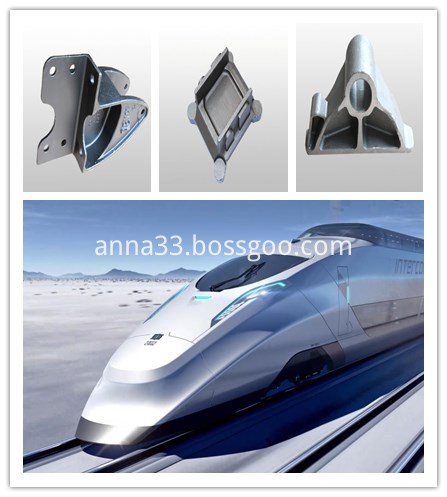