Skip to content
With the continuous development and improvement of the burglar alarm industry, it has often been seen in residential areas, schools, shops, villas, factories and other places in recent years, and is often used in high-end fields such as military camps, airports, ports, government and enterprises. it. The infrared perimeter alarm system is a branch of the burglar alarm. It is mainly to prevent illegal personnel from illegally entering the designated zone without our permission, thus avoiding various potential life and property risks and effectively protecting the surrounding area. The area provides timely warnings of the over-the-counter behavior. 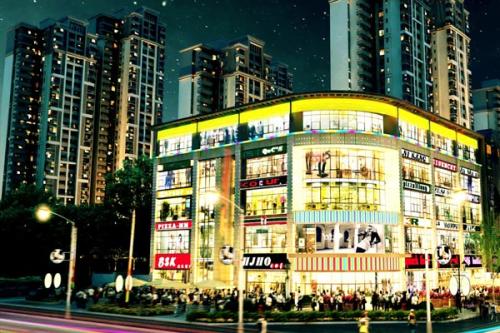 The infrared radiation detector consists of two parts: a transmitter and a receiver. The infrared emitter emits infrared light to a receiver installed at a distance of several meters or even hundreds of meters, and the beam has a single beam, a double beam, or even multiple beams. The receiver is composed of an optical lens, an infrared phototube, an amplification shaping circuit, a power driver and an actuator. When an intrusion occurs, the infrared beam emitted by the emitter is blocked, that is, the phototube receives no infrared light, thereby outputting corresponding Alarm electrical signal. The alarm signal can be received by the alarm controller and the linkage actuator can be activated to activate other alarm devices, such as an audible and visual alarm, an analog electronic map, a television monitoring system, a lighting system, and the like. 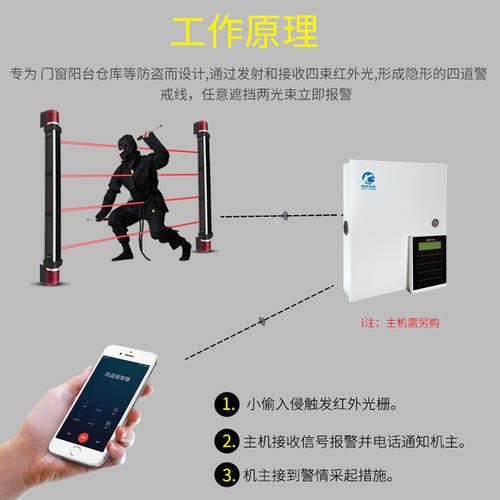 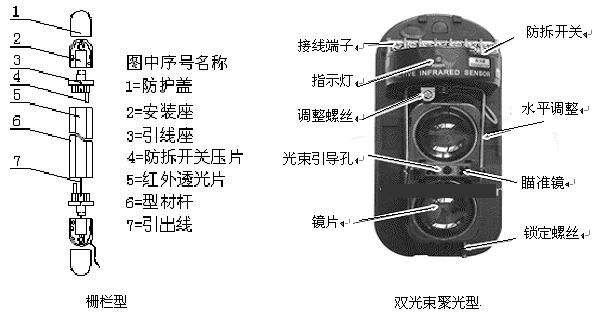